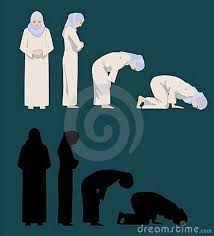 To M, who will not sleep this night

Islamabad, the Spa of a large hotel, the best known of the city. We go there in many, Pakistanis and expatriates (already own those “ex-patria”, which change the country every time they change jobs or destination and never know how they feel). It has a very nice outdoor pool and although it is still cold here, you swim in heated water; and then there are gym, sauna and turkish bath, everything as expected.

In these non-places there is no control over the mode of behavior: I mean been secular, Christian or Muslim, you always end up in the same locker room, where each respects the privacy of the other anyway. You want to get naked in the toilet, you want to get to the showers naked, fortunately it does not matter.

And yet is inevitable to observe in each other’s differences as we dressed, if we talk, if we go away quietly as we came. Because here there are no men who are watching, or if there’s the veil to those who wear it, privacy is maximum.

But yesterday. Yesterday something happened that added a piece to the world in which I am living and the one I left home, and all that we are striving to understand.

In the space dedicated to relax there is a Japanese lady busy typing on her smartphone: she has a towel around her body and the legs crossed on the bed. I also have a towel around my body, I did the turkish bath and I am disposing of the sweat. The silence is almost total. When a Pakistani woman comes, she has a beautiful red and elegant dress; perhaps, I think, she comes from one of the wedding party often housed in this hotel.

She chooses the only free corner, unrolls her prayer rug, takes off the shoes, puts the light veil on the head and kneels to pray. I feel me almost naked, I wouldn’t like to invade her privacy prayer, but she does not pay attention to anything: we are not an embarrassment, and she is not for us. The Japanese lady is always chatting, I keep my eyes closed and enjoy the silence, the scene seemed like an epiphany of peaceful coexistence.

Meanwhile, because you almost never see pics of Muslim women in prayer: in general they can not be photographed or do not want to be portrayed. It is an everyday scene, but so be it, now it makes more headlines new women terrorists or Kurdish female combatant in Kobane. Then, because without men and in that silent intimacy, our bodies without inhibitions and distrust, we shared a space sacred and profane, claimed unconsciously as “our” space. Nudity just had to do, but rather the freedom to do what we wanted without fear gaze of the other.

I never believed that the world can become a no-men area, I would not like it at all. But that corner free and anarchist made me keeping close my eyes and rest for a few minutes peace.