I am writing about what happened at that day.
All facts and incidents are true because i myself witnessed it.
I started my journey towards Multan from Bahawalpur in our personal car with 2 friends, we all are very much involved in political activities of PTI Bahawalpur but this was our experience of going in some other city for political activities of PTI specifically.
As we were near highway we saw dozens of cars moving towards Multan highway specifically for Jalsa (sit in).
Exactly after 15 to 20 min we saw hundreds of cars, buses, trucks, motorbikes, and rickshaws filled up with passionate pti supporters.
Those sights got best for me when I saw each and every bull cart, donkey cart holder and all those poor people standing by sides of roads saluting us and showing us sign of victory and giving us blessings, that feeling was really beautiful.
We all got more pumped up as we got near Multan, each and every road was full with loads of people.
Huge sound systems on the trucks were playing PTI songs, those sights were really adorable.
We could hear the chants of GO NAWAZ GO at every road we crossed.
When i reached the main city i could barely see any road or street of Multan city without PTI supporters in it.
I have never seen such amount of people together on the roads of Multan ever in my life.
As i reached Stadium i saw several people returning from the stadium, i asked the reason for that because jalsa was not started as yet.
They told that there was no space to enter the stadium, stadium was full even gates were also full not even a single guy could enter from that.
But we were so much passionate that we decided to enter it from the barriers sideways, it was really difficult for us, but our passion made us enter the stadium but we had no clue that what will happen to us after that.
even though the temperature was not very hot but we were sweat head to toe.
we could not breathe properly, not only us but many of the people standing there were in same position.
Jalsa was started, we forgot all those uncomfortable things  and we passionately cheered Khan’s speech.
But right after Khan’s speech the ‘hustle and bustle’ started.
waves of pushing shouts streams started and people started to fell down
I was grounded once but my friend gave his hand and i survived to get up on my feet again.
We tried to get away from that situation but we were stuck inside it.
what furthermore happened was really horrible, they closed the 4 doors out of 6, only 2 were opened.
It was  really difficult to enter from 6 doors so there are no words to explain that how much difficult it was to get out from mere 2 doors, further more they shuted the lights on one of the door.
It was completely dark over there, people started to fell and other people were running over them. Shouts, screams of ‘MUJHE BACHAO’ (help me) etc. were very clear from each and every one who felt down; I was about to be included in those people, someone pushed me away and i saw a broken barrier, I jumped from it, it was 8 feet long. i felt down. my friends also followed me, but the others could not jump from that except few and the next day 8 of those were dead and hundreds were injured.
I really felt the death closely.
I don’t know who should be blamed but what i can say is that, PTI multan wing failed to manage such huge crowd and clear instructions about entrance and exit were not given,
and what Multan gov did was even more blamable thing because they closed the doors and lights were off, which created this fuss and many people lost their lives and several got injured.
I regret my decision of going there, I still support PTI and I love Khan and his vision, but I will never attend any jalsa like this.
MultanPakistanPTI 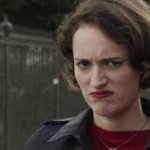 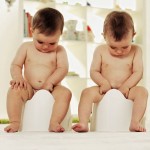 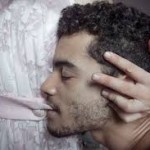 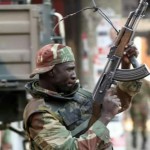 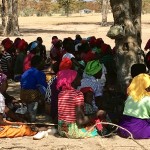