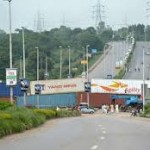 A western tourist could swap Islamabad of the last month for a seat for a performance at Biennale of Architecture in Venice: 500 containers were in fact placed at key points in the Pakistani capital, used to protect government buildings, luxury hotels where foreigners are staying, embassies and major arteries into the city. The reason for this artistic and logistic “performance”, to the European reader who does not know almost anything, it is the permanent sit-in that since one month is holding the city at bay.
Two opposition parties, the Pakistani Teherek-e-Insaf (PTI) – headed by the beloved former cricketer Imran Khan – and the Pakistani Awami Tehereek (PAT, whose leader Mohammad Tahir-Ul Qadri professes the advent of a welfare state of a religious nature-with a safe Canadian passport in his hands), they began their protest with a long march that started from Lahore just last August 14, first of all asking for the resignation of Prime Minister Muhammad Nawaz Sharif and the annulment of the 2013 elections, marred by fraud, they say. It is a long story and not useful here to summarize in a few words. Suffice it to say here that at the moment there is a Jirga (members of Parliament, exclusively male) who is mediating between the government and the parties to reach a compromise.

In the meantime what’s up in the city: that there are 20,000 police officers recalled from all over the Punjab, who sleep in schools (so the kids are not going to school, not in all but in short, anyway a good number), the protesters were moved from the space in front of the residence of PM at D-Chowk, an area where they are now camped out waiting for the evening rally, living in a poor and impressive state of hygiene. The supporters of the two parties are installed in separate areas, and should be given on the PAT to have organized morning classes for children and also painting classes for enthusiasts, as well as a pale attempt to keep the area clean. Last week the monsoons that have created havoc in the rest of the Punjab, have alienated many and now part of the public says that those who remain are paid so as not to lose face for Khan and Qadri.
In short, the protest is reflected in the capital, blocking traffic and petty trade, the containers have reshaped the contours and the government seems to play on the effect of boredom and fatigue, rather than using the strong hand.
What struck me about this story is that it goes beyond sharing or criticism of the protesters or the government. When a week ago I made my first tour to the D-Chowk it came to my mind the old “Strawberries and blood”, the Stuart Hagmann’s movie, which in the Seventies impassioned youths of the student revolt: how to take political awareness from an initial and perhaps superficial adherence to a political movement. It is that one the first time in Pakistan after 1947 in which people take to the streets to protest massively (and for once not to burn books …): young and old women and men came from all over the country to Islamabad; regardless of how it will end, what seems new is the form of political protest, of being together, to camp out day and night. Maybe there will be not a political outcome in the concrete sense of this act, but for sure it cannot go back to the prone form of silence that I see on many faces in Pakistan (apart from the small circle of scholars, intellectuals, opinion leaders) in front to the fact that there is no work, no enough electricity, and that the country lives in a permanent state of police.
The narrative, the way to tell what the country lives at this moment in its many faces, is changing. The army is mediating with government (political interest? Does not matter, it’s something different); one of the leaders of the Taliban movement Pakistan (TTP) Asmatullah Muaueya announces that the Taliban will give respite to the country and they will fight only on the border with Afghanistan, while calling for the return of the refugees in North Waziristan (where they were “evacuated” due to a huge military operation of counter-terrorism). Reading today’s newspapers you have a first impression of confusion, as if talking it was the head of a UN agency. The government takes time, gives Imran Khan the benefit of many requests but certainly not the resignation of the Prime minister. This morning on the newspaper Express Tribune (www.tribune.cm.pk ) the screenwriter Nazneen Sheikh commented wryly that the charming Imran Khan made ​​his rally chewing bubble gum.
No doubt about it: form is becoming content, the old slogan that I cannot forget. And also changing form the words to use are changing, the gestures made, and the awareness that arm themselves and maybe even the decisions that you take. It changes the idea of ​​”thought of together,” that beyond the religious element here seems to be the real news.