I confess. The Mobeen Ansari who appeals to me he still has not met. He lives within his artist’s soul and is preserved as a good bottle of wine (I know we are in Pakistan, but I’m Italian …).
The Mobeen Ansari who appeals to me – the artist that since yesterday he exhibits at Satrang Gallery in Islamabad, please run out to see it – has not the face of national celebrities he likes to portray, and which are part of its first portfolio Dharkan (portraits of faces known and unknown, dedicated to minorities in his country, in preparation for the second volume). 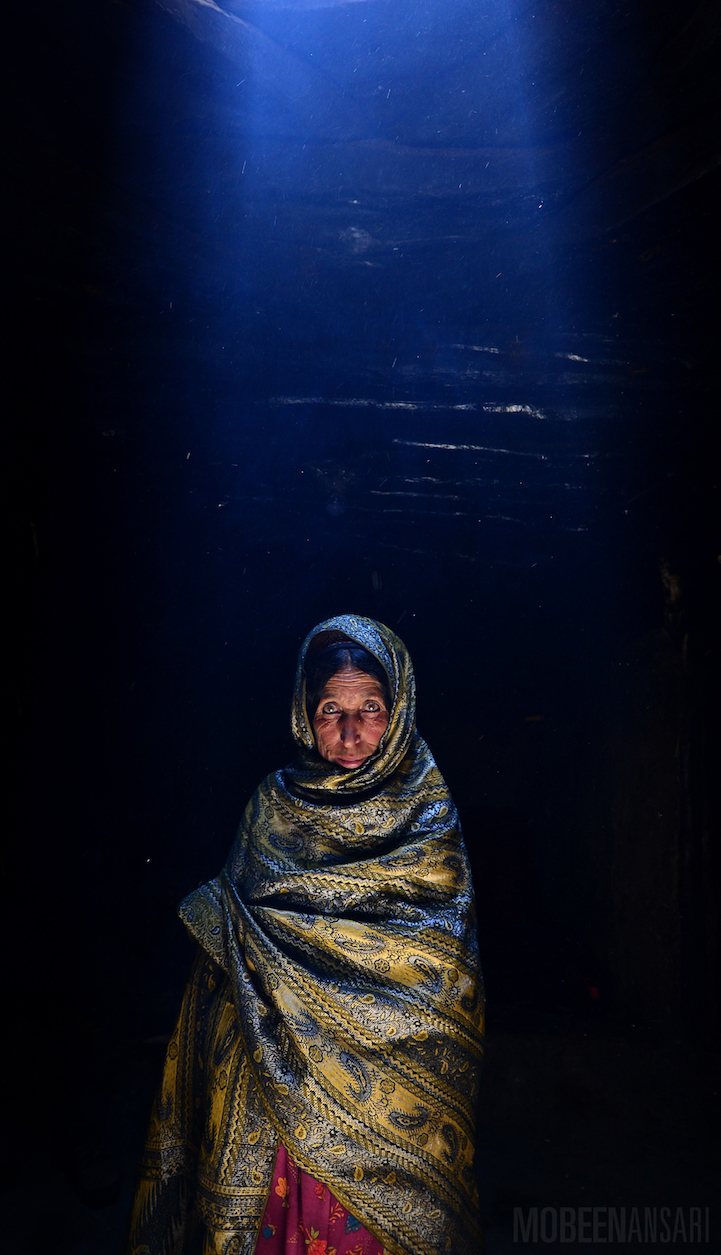 The man who made me company in my living room for nearly two years could be called Nobody, just like Odysseus chose the name before the cyclops. He has hairs and blacks mustache, and his check from the sewage of a manhole in Karachi. That ‘s his job, and the man blacks eyed made me think of the Medusa by Caravaggio, I sent to Mobeen: in the famous round at the Uffizi Museum in Florence, the mythological figure of serpent hair that could not be watched if not at the cost of death, fixed now petrified the viewer. It has the same liquid and blacks eyes of our Karachi’s man, and the portrait of the photographer has exactly the same structure of the round of Uffizi, magnetic force, the power of life and death. It is no coincidence that from that picture was born the Hellhole documentary, which will be soon at the New Orleans Film Festival. 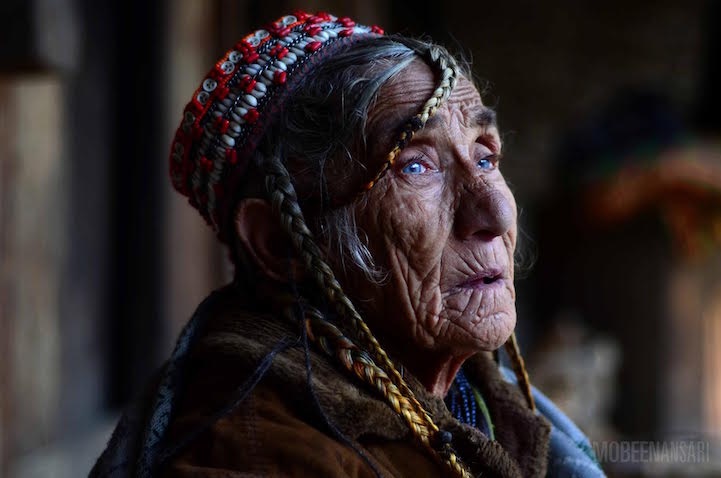 Here, the portraits of Mobeen Ansari offer answers to its seemingly simple questions such as: Who are my people? Question in general not easy, even more so for Pakistan, where the ethnic groups are many and complex and complicated stories. Yet the wrinkled face and serene a Kalash woman, the blue light coat that surrounds another younger woman like a Madonna by Antonello da Messina, the ecstasy of the dance of the follower of a guru during a Mela. All of them dialogue with the man who quietly is behind the camera without stop the silent dialogue with his people, leaving his pictures speak.
As well as the faces, Mobeen Ansari gives importance to an object, seemingly distant from people and instead symbolically present throughout the tales of myth and history. We are talking about the doors, gates, galleries. 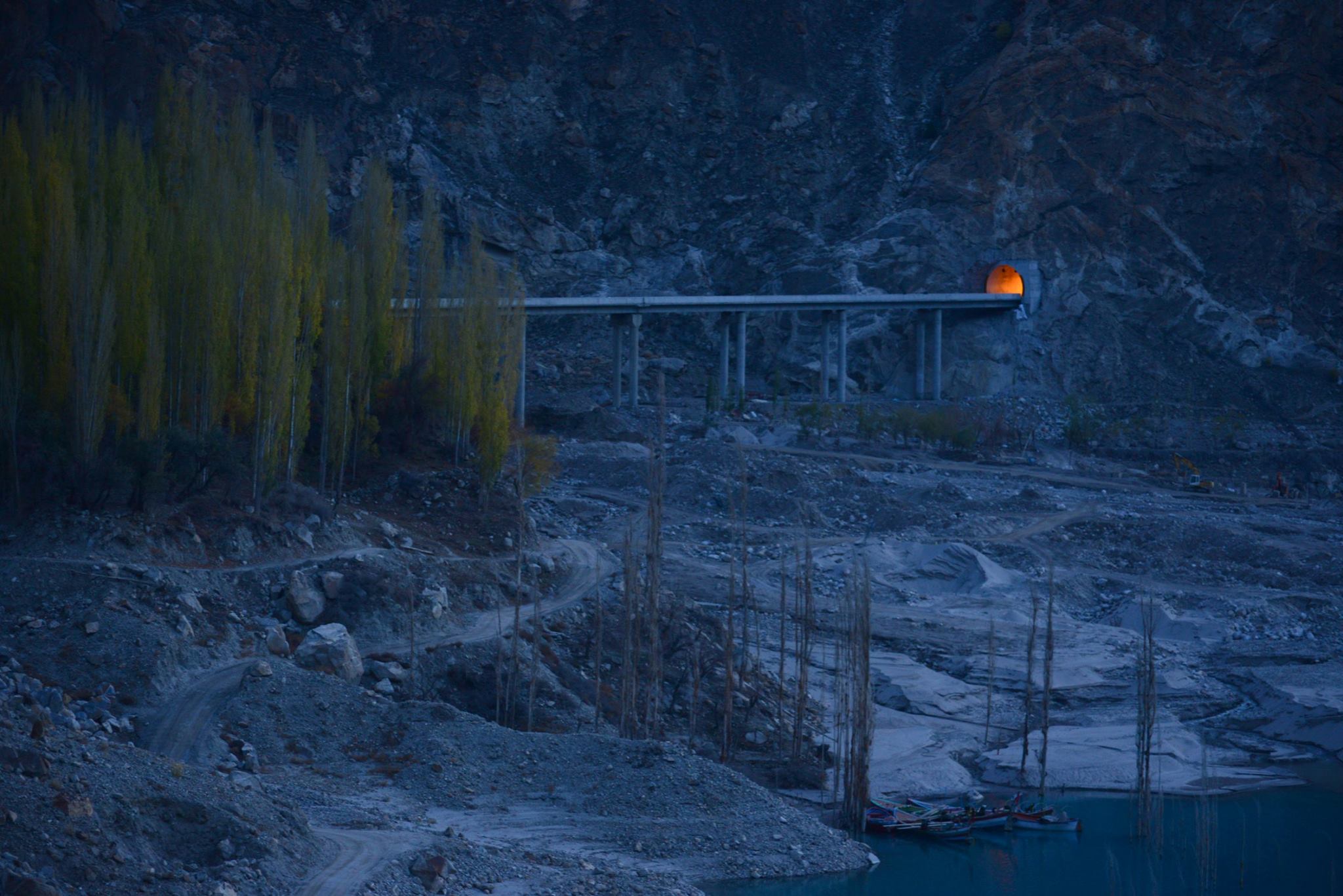 The artist photographs them all the time, even when he is not notices it (sometimes I had to make him see that!): old doors, abandoned, hell holes (such as manholes in Karachi), doors that have become the refuge for cats and galleries (my favorite), the guns in the mountain roads in the north of the country, during astonishing sunsets. And the gate that leads to excellence is that of the starry sky at high altitude, long mountain passes that lead Mobeen in the places he loves most: looking at the stars, it is known, where you gain access to the universe.
The Mobeen I like that he still has not met. But we will see him grow even much, this young Pakistani artist, who may find its own unique kind of expression one day but for now, thanks to a magical silence, gives us a “breath for images” that follows the rhythm of his country. 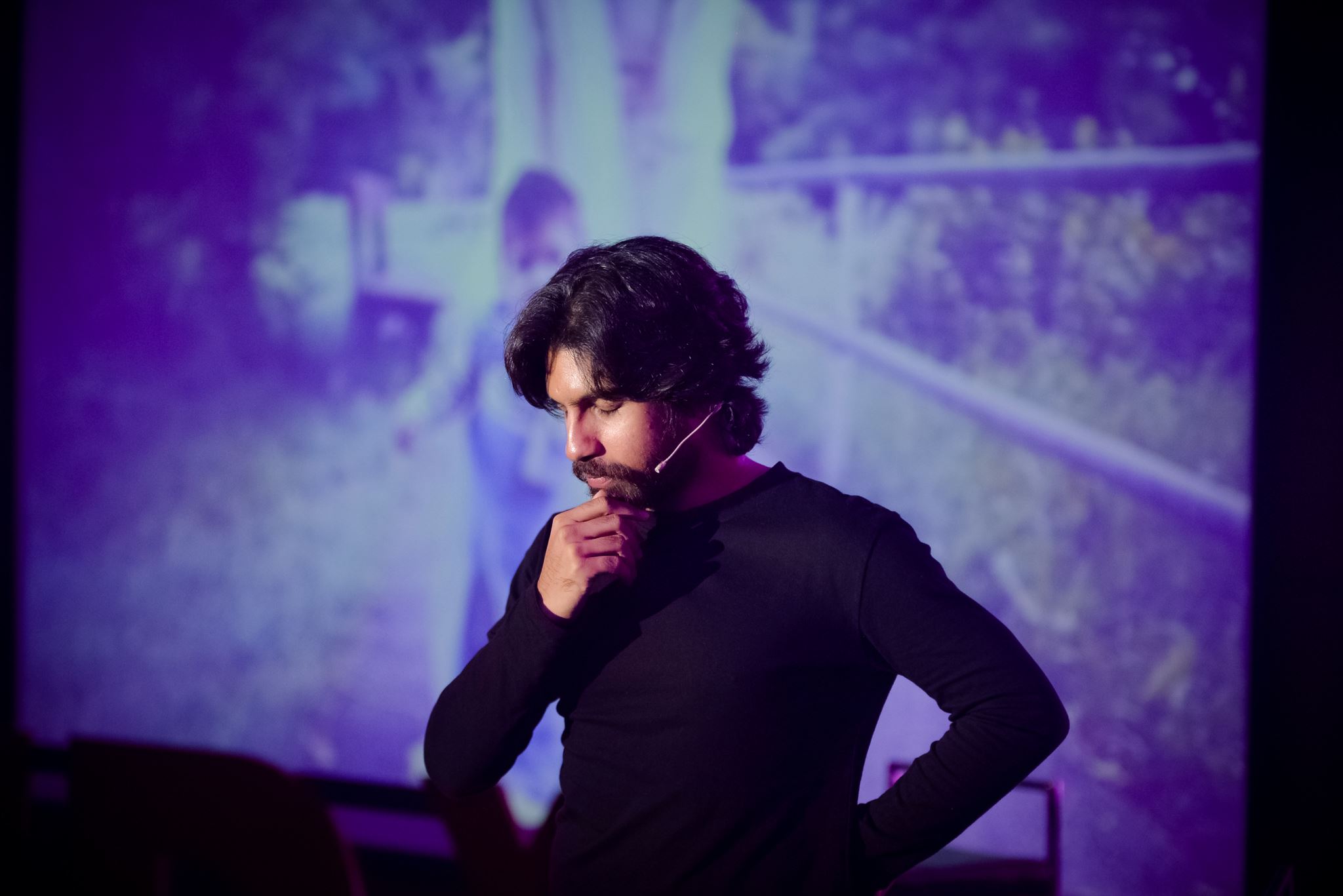