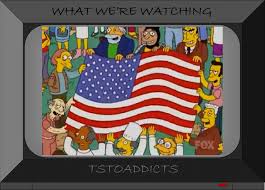 From Uganda, sent on a electoral observation mission, I confess to dedicate the little free time I have, and that night, to the American campaign. For the way in which it was conceived and the way it is carried out: if I think of the Italian countryside, where now the number of non-voters is outpacing that of the voters, the interest of the Americans – or I would say the best way it is represented – tells a great part of the US soul. I generally proceed in this way: I choose a candidate before the Iowa caucus, and I… read more →

Living Pakistan/Candidates in the shadow

Other that sexist propaganda in our regional elections. The women candidates of which I speak have decided not to show their face during the campaign: in place of those husbands, fathers, brothers, who have called on voters to support wives, daughters, sisters. Yet they are candidates and ran a big risk. This is not a joke, this is the Khyber Pakhtunkhwa, beauty, alias KP, the most “mangy” province of Pakistan, politically won in 2013 by the former cricketer Imran Khan, who with his party PTI (Pakistan Tehreek-e-Insaf) is creating problems the central government. A liberal man, or at least he… read more →