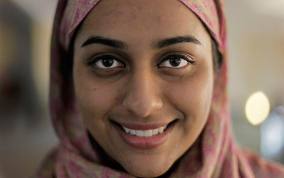 Monday evening while cooking, I am listening SkyTg24: the main news is about the suicide of a Moroccan woman in Rome, she first killed her children as they slept. Her husband was wounded by the same wife, he went to the hospital (leaving the kids at home alone with her?), saying that he had been assaulted in the street, and then admitting he was lying “to protect his wife.” A third daughter is still serious suffering after a long surgery. The investigation has just begun; we will understand later as it is consumed this family drama. While listening, the… read more →

Time Zone. Five intercontinental travel in six months, even if the time zone is not huge two hours three hours back and forth have their effect. When I go back to Italy from Pakistan and the Emirates I sleep for a whole day; if the stop over is in Dubai there are two hours difference with Pakistan and one with Italy; but if I stop to Doha there is an extra hour. So always I wrong the time boarding and at night no longer I recognize the bed where I sleep, and I always put my feet on the wrong… read more →