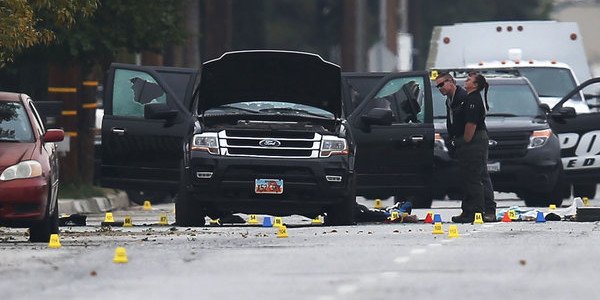 Two days ago the Interior Minister of Pakistan Chaudhry Nisar Ali Khan, on the sidelines of a meeting with the German ambassador Ina Lepel, said they had all good intentions of cooperating with the countries of the European Union to ensure the return of illegal immigrants and bring them to justice. The issue was not as simple as it sounds reading the newspapers. After the terrorist attack in Paris there have been many controversies and criticism of Islamophobia by the West, which have as a direct consequence of the increased control over the citizens of Islamic origin and the restrictions on the issuance of visas. The Pakistani government initially had seemed not so likely to recover the illegal and still had covertly alluded to the revised agreements with the EU, over the past few days during the visit of the European Commissioner in Islamabad.

In the International New York Times yesterday transpires, in the news of the massacre of San Bernardino, the embarrassment of the investigative bureau regarding the entrance of the pair of terrorists: Tashfeen Malik, the woman of Pakistani origin, came to the US with a visa K-1, that is given to those traveling to marry an American citizen, in this case Rizwan Syed Farook. The two were married in 2014 in California. It does not seem unreasonable that two Republican senators have asked Congress for detailed information on the issue of visas and passports to two people who have proved capable of making a massacre that killed 14 people. Controls at US customs are very strict, even for people like me, perhaps second only to those for entry into Israel. Pure vests controls have been expanded, or (as is the case in Europe) is now almost impossible to review every American or European citizens of the Muslim faith (and, I add, this would be the right way to go?).

Yet the problem remains. The influx of asylum seekers to the West is likely to increase; the attack to the Europeans and to the Americans by Islamic terrorists more or less tied ISIS, is putting pressure on the “white world”. And no doubt the “regular” flow of migrants from Pakistan, in this case, into a corner of the Western embassies in issuing visas. For security reasons (direct access to embassies) and the large number of practices to do, the request for a visa to Pakistan first passes through a few powerful agencies: and here too the human trafficking begins: because – as is the case elsewhere – the ignorance is the cause of the deception and the money the handle that opens all doors. On the sidewalk in front of the largest agency in Islamabad, men hired stop people who want to go: they do not even know in which country migrate. Sweden, Norway, Germany? No problem, the unlucky ones are physically carried in the office, they pay big bucks just for filling out a form, they are given all kinds of false documents: employment certificates and degrees, offers of scholarships abroad. Documents that are regularly rejected by the embassies, so that the agency did not give up and re-creates another false practice to a second country. There are few who can start now and those still able to pay. But are many those who choose the path of underground: they pay, but at least reach their destination. And once they arrive in the new country, they burn their passports and apply for asylum, only to return home secretly whenever they want.

If human trafficking can not be stopped so easily, at least the management of visas output from Pakistan should not be at the mercy of those who traffic human living, passing it off as legal activity.