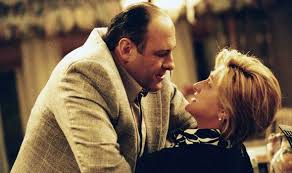 It is love 3.0, which does not deal with Internet, social networks and dating in unknown sites. This is in the ability of those who are now more than adult, who live with a long way behind and feel fatigue: a job, a mother to look after, a day marked by the rhythms imposed by the city and by the choices they made in past years.

Yet. And it is that one of a woman like many others who, in the midst of so much “doing”, realises that desire and love were only sleeping and they did not understand the simple and seemingly so distant waiter, who for years serves the  woman and her mother at the pizzeria close to house.

This tells Valeria Parrella in “The day after the party,” which opens the story collection Too much importance to love (Einaudi, 2015). Dry and withering style- syntactic simplicity and darts to the spirit – the Neapolitan writer digs always feelings, when caught by everyday life, from morning wake-ups, from those “feelings” that even women and men capture but who do not want to listen. So Julia decides that yes, she can spend a night with the man who for years has seen and never be pressing, but that now she wants.

And what already after? After one night of sex he tells her his love. “He had just said, at the rate of pelvic thrusts, here. Before the mirror, I took the lines of mascara ran off with the anti-wrinkle cream (poured with sweat, not for tears) and decided what needed to be done: to pass ever more in pizzeria. Yet, still, as he led me to my mother by his Vespa, behind him and without a helmet, I was just in the right place. ”

Wrinkle cream of fifty years of who feels safe and happy in her body but still hesitates in moods. Parrella helps to understand that over the years we  stop thinking that we will change ourselves and the world and above all we start to take what it is needed (love, affection, relationships spread, sex, family) no longer from the same person: rather jigsaw puzzles of wants and needs, and small and great happiness that we do not leave more to the ground in case of default, because the resources we have built around us  are endless.

Less understanding, however, suffering and inexplicably at times, the abacus of men that Haruki Murakami creates for Men Without Women (Einaudi, 2014), seven stories of loss and fantasies that steel your sleeping. Light as a dragonfly, essential as a haiku (also in novels as 1Q84), the Japanese writer is faithful to the philosophy of the country where he was born: he describes leaving the reader imagines, working on feelings as he should iron a shirt, when you think to something else while acting it, but after then you behold a job well done.

There is a businessman who decides to hire a younger woman as a driver and slowly manages to be told and in turn tell her love. There is another mature professional who one day is invited to lunch by a man who informs him of becoming the widower of whom had been his lover and he wants become his friend.

And there’s Gregor Samsa, who this time – born cockroach – awakens man and doesn’t know what to do with the woman he loves. More than men without women, men seem to me they circle around or have lost something without realising it, and still seek new terms in their personal dictionary of relationships with the opposite sex.

It is love 3.0. The one tired of today, of tomorrow that might not arrive, of yesterday, which sometimes you did not notice in time.