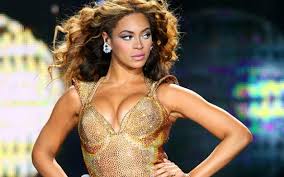 America that is preparing to vote for the presidential elections in November, is showing unusual faces. So much so that, as wrote in the Italian magazine Internazionale Daniele Boille about the new Ken Loach movie Daniel Blake (http://www.internazionale.it/opinione/francesco-boille-2/2016/05/15/cannes-ken-loach-blake-recensione ), the old is representing the new; so the new white youths fall in love with socialist elder Bernie Sanders, and many Afro Americans after all not despise Donald Trump.

Youths and politics, but not only. There’s even sex.

Here some thoughts and questions that reflect in the mirror the habits and sexual and emotional behaviour of America today, with the necessary generalisations of a country that is a continent but prefers to define itself as a nation: a US person says he/she is first American and then appoints the State where he was born or the country from which he emigrated (unlike the European culture): be happy, live the present is the imperative, the dominant feeling. Quite the opposite of the Western feelings, influenced by relativism, son of centuries of philosophy of “if.” It hits the beautiful essay of the New York Times columnist Peggy Ornstein, Girls & Sex. Navigating the complicated new landscape, which investigated what happens in the American colleges, among the young women of the white middle class. The author has interviewed 70, and talked with their sexual behaviour, love, expectations. Disconcerting picture, which shows a universe in which the majority of the girls is as distant as an ocean by hippy culture and pop of their mothers and grandmothers. The world of college is dominated by the brotherhoods hierarchy, where there are laws and rules that place the youngest in a subordinate step in relations with the opposite sex. And they say that there is never a first (and second and third) time without alcohol, that the approach to sexual relations is primarily dictated by the “I want to do it even if I do not like it, so I will be considered as the others”, silence ashamed to perceive some performances as humiliating (fellatio or anal sex) because they do not yet quite know their own body, by living the virginity even as a value. Besides this, there is still the desire of the love dream, mixed badly with the new world of the selfie porn chat, short of never feeling at ease. In US, sex education is mandatory in the schools, where students are shown how to slips a condom properly, what are the rules of hygiene and the risks to be avoided. There are those who show a banana from “dressing”, those who use a vibrator more naturalistically. And the female genital organs? They are shown with pictures where you see clearly the ovaries, uterus and fallopian tubes but never the external vaginal anatomy; it is like giving girls and boys a Barbie half-dressed to play with. Then there are (but this is tragically a universal phenomenon) rape cases in which they are mistaken for sexual performance just a little ‘more’ aggressive as we expected them to be. Throughout it conquers the fear of stigma, of not being accepted by the “community” if you say no.

How did we come to this? We, men and women who belong to generations who came first, we must also thank America that gave us first Masters and Johnson, the sexual revolution married political emancipation (who remembers Strawberry Statement, the Stuart Hagmann movie, which won the Palme d’Or in 1970 at Cannes?), the first gay and transgender movements, Erica Jong and his Fear of flying (1973), and so on. Those generations taught their parents that there was a new way of thinking and different relations, to be a family. Now we are mothers and fathers more open, who accept that their own son is gay, but we have not been able to convey to them that sex can have many faces, not only that of love, but it is imperative, before any other what that of pleasure?

Already. The older, we said the policy, still teach. In the world of fiction, now inextricably linked to the literary and film world, art in effect, two beautiful productions show how one can be sexually active, uninhibited and brave even at his/her seventy. The success of Grace and Frankie, Netflix production with Jane Fonda, Lili Tomlin, Martin Sheen and Sam Waterston is spectacular: beautifully made, tells of two couples whose husbands after twenty years they decide to announce to their wives who love each other for a long, who want to divorce and remarry, with everything that implies. Jane Fonda is an elegant wasp lady which is struggling to overcome the shock, Lily Tomlin an ex-hippy who was not afraid of anything, suffers and uses drugs, paints her vagina to get rid of pain. The two will eventually create for sex products and toys suitable for an ultra-mature audience. Even Transparent with Jeffrey Tambor, uses an effective play on words, to tell a jew parent, professor of economics, divorced for years, who decides to do outing and finally live his life as a transvestite. In both series it is striking that the main difficulties encountered by the protagonists are the ones to explain to their children/adults “why”, give them into account, obviously, of what happened but at the same time suffer the moral reprimands.

And this is one of America planets. On the other, among many others, there is the Afro American world. That defiants, proud to show their body as an icon, in which women interact with men using their own way of saying and doing, the same slang. Tattoos and piercings, jewels and dark glasses claiming an old history of centuries, in many respects difficult to overcome for another fascinating and complex, such as telling Chimamanda Ngozi Adichie in Americanah ( 2014). And how it is exploding in recent weeks Beyoncé with the new beautiful album Lemonade. In the video the singer is walking in showy and sexy clothes on high heels, holding a baseball bat and smashes cars as he smiles and sings Hold up (They do not love you like I love you / slow down / I am a fuck up / I am a bitch / Look I am jealous I am crazy, explicitly say the verses). The fans went wild, horrified the white feminists, famous ones as bell hooks, who in her blog reported that behind the bold façade and built the artist is hiding a male chauvinist and macho enslavement that does no honour. The controversy flared up: on site www.feministing.com Lori Andelman ( http://feministing.com/2016/05/11/a-feminist-roundtable-on-bell-hooks-beyonce-and-moving-beyond-pain/ ) reported and commented extensively songs. Here Andelman reports a post: “This was her way and art is not intended to discuss such matters in absolutes. I imagine the same goes for Beyoncé’s ideas of feminism, the celebration of women, and femininity in general. bell hooks is free to continue otherwise feeling, but I’m glad the rest of us are not bound to “.

I share: Beyoncé has not only produced an artistically relevant album: she wants to talk to a female universe that probably we will not ever fully understand, but which nevertheless must be seen, observed carefully because as we all know, never as in this time universes – real, imaginary and virtual – meeting, colliding and above mixing. And women have no intention of being left behind and want to do it in their own way, as the beautiful and ruthless protagonists of the FOX TV series, Empire where, after 17 years in prison discounted to save her husband, Taraji P. Henson returns to take power of hip hop record company of her husband and command of the entire family clan. Nothing is missing in the series (not even a brilliant and talented Naomi Campbell): gay children, abortions, crimes and misdemeanours and, of course, lots of music. She, who in the series is called Cookie, wears improbable fur and wigs, says bad words and repeats to anyone disorders: kiss this black ass, while touching her back.

Already, the world is changing, bell hooks: not everyone is so happy today and the American dream can turn into many dreams that have to share the same space. And sex and love have never had so many faces as now.